When to say Good Bye!

The World Changed, Have You? 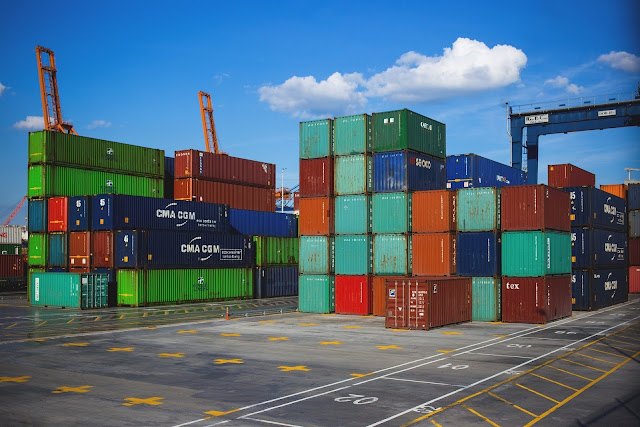 There is a story about world war plane engineers who examined planes that came back from the battlefields and noticed that some parts of the plane got more bullet holes than others.
Some engineers suggested that they should strengthen the parts where there were no bullet holes and it seemed logical. However, one engineer made the best recommendation and his theory was that since the parts that were being hit were liable to more attack it was important to strengthen those parts instead.

We noticed that many SME Owners live in a world where it's still safe and the way we did it before is the same way it should work even if it takes more money or time we shall put in more.

Nothing will ever be the same again

The reality is that the world changed and there is a "New Normal" everything we once knew about business has changed from disrupted supply chains, business models, how we work, who gets employed, where we work and some industries have disappeared altogether.

Case Study of the Import and Trade Processflow Business Model
The old process of Import and Trade was successful for a long time, but now its beginning to witness disruption in an unprecedented way creating risks that were previously never anticipated or known to exist in the eco-system. 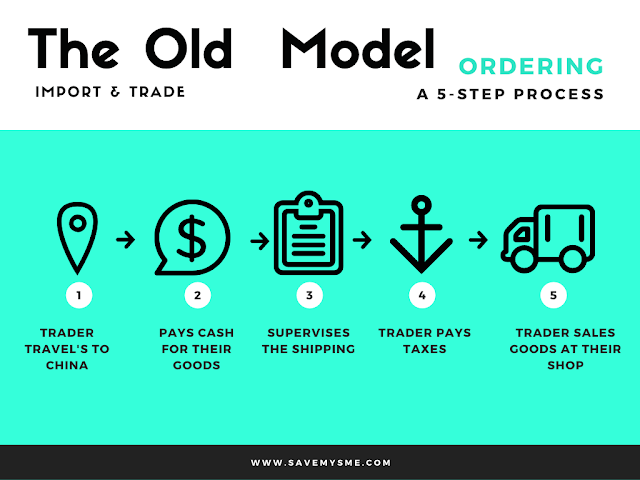 The old process must change as "DISRUPTION" has created a number of Risks. 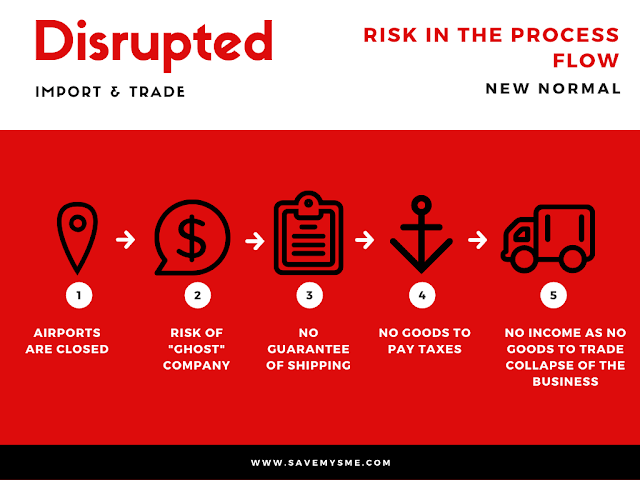 When Airports close down a trader cant travel to buy his stock and must rely on either an existing relationship if they deal with specialist goods or they have to take the risk of transacting with a local Chinese agent whom they haven't dealt with before and risk losing their money on a bogus transaction which eventually leads to the collapse of their business. 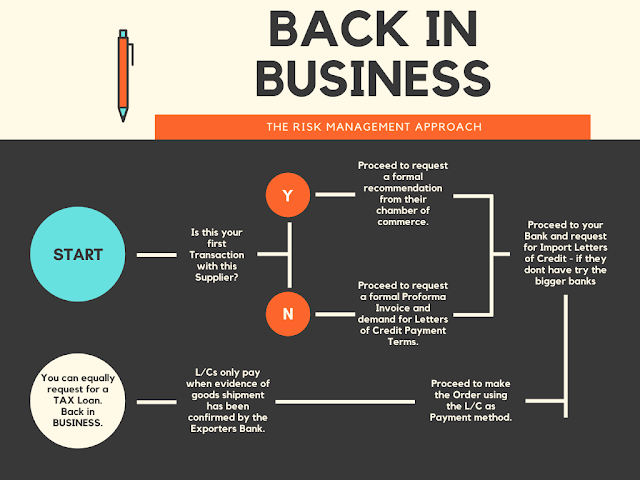 The focus of this re-alignment is based on Payment and Delivery Risk inherent in the old business process as it heavily relied on the trader flying and selecting his goods. This will still be a limitation as this direct interaction is being replaced by email, websites, and WhatsApp messages.
By re-aligning the process-flow through risk mitigation the import and trade business can get back on track assuming that we don't have another wave of lockdowns in china and the shipping lines are not disrupted again.

Perhaps its time to say Goodbye

We have interacted with an importer who was conned when he imported 2 containers of hoes - paid via TT and they were at least shipped but each and every one of them broke into two parts when clasped in the hands. He lost the property that he had pledged to the bank struggled for 10 years to recover his business and is a sworn advocate of Letters of Credit insisting on even a transaction of $10,000 luckily his volumes are over $250,000 per transaction today.
If this seems too much perhaps its time to say Goodbye to the Import and Trade business otherwise the risk of loss will only increase if we use the old way of doing things.

How We Add Value

Save My SME supports SME businesses to Map, Align, and Co-create their businesses to address the new disruptions in their eco-system.

Popular posts from this blog

August 04, 2020
TAKE THE RIGHT RISKS In July, 83% of New York City bars, restaurants, and nightlife establishments weren’t able to pay full rent, according to an  NYC Hospitality Alliance survey  of 471 businesses. 37% couldn’t pay at all. Some landlords have tried working with battered tenants: Almost 29% waived some rent. But struggling with bills of their own, most did not . In Uganda, the situation is equally as dire with many failing to re-open due to a lack of working capital. GOOD PLD DAYS The restaurant business is easily a 40% margin business if well managed and within 1 week of operating a supplier is at your door asking for sale their stock to you and collect their money at the end of the day including butcheries, grocers, and employees taking daily income for work done. WHAT HAPPENED COVID happened! The pandemic forced governments to shut down whole industries including the restaurant and hospitality spots, throughout the 4 months, bills were pilling, and
Post a Comment
Read more

August 04, 2020
The Disrupted Supply Chain The Good Old Days Remember when you did a Google search for a phone you liked. Discovered Amazon or Jumia decided who the best seller would be and decided to make the purchase.  Clicked on Buy inserted your Card Details or Paypay address, selected DHL or FedEx for delivery, and had your phone in a week. You could do this over and over again including buying a simple piece of jewelry all the way from China or Europe and receive it in a week. Life was GOOD. Most traders involved in import business have become accustomed to traveling to do business, especially China from where they select the goods item by item, then stay a little longer to ensure the goods are loaded on the ship and then travel back to prepare cash for tax payments - this was the Normal way of doing Import business.    What Happened Corona Happened - from the first report of the COVID-19 pandemic in December 2019 and the eventual shut down of Chinese cities as t
1 comment
Read more